The Ballad Of Alabama 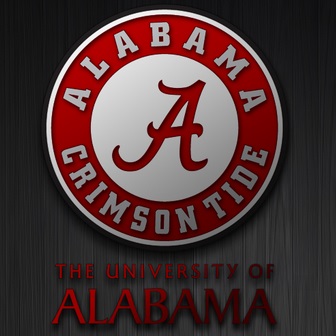 It all started when Nick Saban just had to have that second put back on the clock at the end of the Auburn game. Goodbye SEC Championship, goodbye BCS Championship and goodbye three-peat. Maybe it just wasn’t in the cards.

But then the unthinkable happened, the Auburn Tigers went out to Pasadena to play Florida State for the national championship, the final BCS title game and the #3 ranked Alabama Crimson Tide went down to New Orleans to represent the SEC in the Sugar Bowl against the #10 ranked Oklahoma Sooners.

Halftime at the Sugar Bowl found the Crimson Tide down by 14 points and even though Alabama eventually racked up 516 total yards, they could not overcome that deficit. Mighty Alabama lost its last two games of the 2013 season.

Then Saban was going to Texas and then he wasn’t. One thing is for sure A.J. McCarron is gone and for the first time in four years, the Tide is without a viable quarterback. You would have thought that the Alabama coaches would have been bringing someone along but apparently not.

Alabama was very high of a five star quarterback prospect from Ventura, California named Ricky Town. Town will graduate in 2015 and had made a verbal commitment to play football at Alabama.  Then, for reasons of his own, Nick Saban hired Lane Kiffin, who had been coaching back in Ricky Town’s old neighborhood at USC.

Apparently Mr. Town was not happy with Saban’s new choice of offensive coordinator and de-committed publically from Alabama. “He told the press, “Today I have de-committed from Alabama.  It was an honor to get to know head coach Nick Saban and the Alabama fans. Thank you!

This was excellent news for the new USC head coach Steve Sarkisian who has also been wooing Ricky Town to play for the Trojans.

So now Alabama will pursue Florida States Jacob Coker who transferred over to FSU from Yellowhammer State with excellent credentials… but who plays behind Heisman Trophy Jameis Winston who has let it be known that he will be returning to play for the Seminoles for at least one more season.

Last week the 6’5” pro-style quarterback Jacob Coker met with the Alabama coaching staff and visited the campus at Tuscaloosa to start the process of the transfer that will take him off of the bench and very much into the public eye. Word has it that Cocker gave Winston a run for his money for the quarterback position at Florida State so this should be quite a year for quarterbacks down south.