The Importance Of The All Star Game 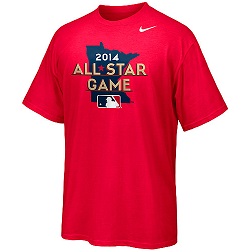 The 2014 MLB All-Star Game in Minneapolis was exciting, emotional and downright entertaining. There were some terrific plays by infielders and some of the best pitching ever to be seen on a baseball diamond.

Records were set, new friendships were formed and great memories instilled in the hearts of players and fans alike. Egos were put aside, for a little while… and the game was played with a palatable camaraderie and sportsmanship drawn from the mutual respect that these great baseball players hold for one another.

But there was something else riding on the outcome of the All-Star game. Since 2003, the team that wins the All-Star game automatically becomes the home team in the upcoming World Series. That means that the first game will be played on the home field of the winning league.

If the series goes to the full seven games, the final and deciding contest will also be played on the home field of the team whose league won the All-Star game in the middle of the season. Home field advantage also means that the home team will be batting last in both meetings.

All told, that adds up to a huge advantage, and something tangible to shoot for… for winning the All-Star game. So, this year the American League will have the home field advantage for the World Series. Who will it be?

Currently the Oakland Athletics look like strong contenders along with the Tigers of Detroit and the Los Angeles Angels, although it’s only mid-season and there is a lot of baseball yet to be played before getting to the playoffs.

How much of an advantage goes along with having the home field and hosting four games of the seven game series? The team having home field advantage has won the World Series 23 out of 28 times!

American League manager John Farrell, who led his Boston Red Sox team to a six game win over St. Louis last year, said, “I don’t think you can ever underestimate the home field advantage in post season play. To have that final game potentially in your home ball park, that goes a long way to affecting the outcome.”

Adding a nice touch of class to the 2014 MLB All-Star game was the outstanding pitching of Adam Wainwright and Clayton Kershaw for the National League. After the game Wainwright told the press, “One of the coolest things I can say I did is to start a big league All-Star Game.”