THE LEGALIZATION OF SPORTS WAGERING IN THE USA 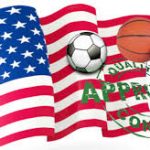 THE LEGALIZATION OF SPORTS WAGERING IN THE USA

The winds of change are blowing all across the land as more and more states are looking closely at legalizing sports wagering and, more specifically, at the potentially enormous revenues to be generated from all those bets on all those sports.

In California, an Assemblyman named Adam Gray is proposing a constitutional amendment that would pave the way to permit legal sports wagering within the state.  He told ESPN, “The goal is to get something on the 2020 November ballot.  I know there’s significant interest throughout the California sports economy.”  Now November is creeping up on us fast.

Mr. Gray has been busy visiting several California’s major sports franchises including the Los Angeles Rams, the LA Clippers and the Sacramento Kings gathering information and solidifying his position as a leader in the fight to bring sports franchises and the bookmaking business together for the greater benefit of all, monetarily at least.

When the US Supreme Court struck down the Professional and Amateur Sports Protection Act, or PASPA, which has been the law of the land governing wagering on sports in the USA since 1992, they opened the doors to a potentially multi-billion dollar industry to from which the individual states have much to gain as far as revenue, and little to lose. The high court left each state to decide.

The decision by the court was met with cheers and instant approvals from the owners of all the major sports franchises, whose market value skyrocketed that same day. Mark Cuban, owner of the Dallas Mavericks, estimated that the value of professional sports clubs doubled the instant the new ruling was released.  That’s a hell of a lot of money, just to start.

The value of several sports stats services also took a major leap forward as well, especially those previously established companies holding strong relationships with the professional sporting leagues.  These companies have been providing critical information to bettors and bookies for many years.

Now, following legalization, their services will be in ever greater demand as more and more bettors will be relying on stats information before making their wagers.  Heavy hitters like Mark Cuban, Ted Leonsis and Michael Jordan have already invested in sports data companies such as Sportradar, and more are on the way.

One of the biggest winners after PASPA was struck down is the state of New Jersey, which has been lobbying for legalized sports wagering for years behind the efforts of former Governor Chris Christie.  New Jersey stands to rake in around $250 million per year in sports wagering revenue according to the gaming research firm of Eilers and Krejcik.

Of course the established names in the wagering industry like Caesars Entertainment, MGM and Boyd Gaming were popping champagne corks and celebrating long into the night the day PASPA fell.  Stock prices in all the major gaming companies went up immediately as visions of future revenues from legalized sports wagering danced in the heads of stockholders and owners alike.

It remains to be seen just how all the new changes will affect the local bookmaker.  Local bookies have been operating for generations all across the country and the wagering public is accustomed to dealing directly with their ‘local guy’.  It’s practically an American institution.

Will bettors shun their local bookies to go out to a casino or race track to line up and place a wager that will then be tracked and taxed?  Only time will tell.