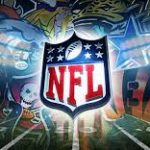 The NFL is already going into its sixth week with the Giants putting up a valiant battle against the seemingly unstoppable Patriots on Thursday Night Football.  New York kept the contest within one score up until the fourth quarter when Brady had had enough and scored 14 points in the final period, even bulling one over himself from the one yard line to bolster his rushing stats….and blowing the +18 wager on the Giants on that same little run for bettors across the land in the process.

New England certainly looks to be the best team in the NFL once again at this point in the season and the continued success of the dynamic duo of Head Coach Bill Belichick and Tom ‘Terrific’ Brady garnishes only more and more respect from players, coaches and fans alike, year after year.

The Patriots stiff defense put it to young Giants quarterback Daniel Jones, who was under so much pressure all evening that he ended up throwing three interceptions and completing only 15 or 31 passes for 161 yards and one TD.

On a bit of a sour note, Patriots owner Robert Kraft seems to be trying to woo Rob Gronkowski back on the playing field even after Gronk has disclosed that he has had many concussions, including blackouts, and is in obvious danger should he put on the pads for New England, much as he might want to.  Don’t do it Gronk!

At the beginning of the season we were all set up for a race between Patriots quarterback Tom Brady and Saints quarterback Drew Brees to see who could pass the great Peyton Manning on the all time NFL passing charts.

Early in the second game of the year against the Los Angeles Rams, Brees slammed his hand down on a defensive players’ helmet while throwing a pass and sustained an injury so severe that Drew ended up staying in LA to see a specialist and eventually have surgery on the finger.

Brees is expected to be out for another 4-5 weeks and in the meantime Tom Brady has the field all to himself to attack Mannings’ long standing records unimpeded. He has just passed Brees’s 522 Career Passing Touchdowns and is about to catch Peyton’s record on 539 at some point this season.

However, Drew Brees still holds the Regular Season Career Passing Yards lead going into week 6 with 74,845 to Tom Brady’s 72,257….and closing.  Diehard Saints fans are confident that, just as soon as he is able, Drew will be back on the field and back in the chase.  Then watch out Tom!

Running the football has had a resurgence in popularity this NFL season, which is a good thing.  Good ole hard nose running the ball in fundamental to the game.  Too much passing and it becomes like watching a hi-wire act at the circus.

The stand out rushing leaders so far have been Christian McCaffrey of the Carolina Panthers who has accumulated over 585 rushing yards in 5 weeks followed by Dalvin Cook of the Minnesota Vikings with 542 and Leonard Fournette of the Jacksonville Jaguars with 512.

Ironically enough, the stats for the pass receiving yardage leaders are quite similar with the New Orleans Saints WR Michael Thomas out front with 543 yards followed by Amari Cooper of the Dallas Cowboys with 512 and Chris Godwin of the Tampa Bay Buccaneers with 511.

But the season is still young and the competition is starting to mount up between the leaders of each division.  The surprising Buffalo Bills are right behind the Pats in the AFC East at 4-1 with the Baltimore Ravens ahead in the AFC North and the Houston Texans tied with the Indianapolis Colts for the lead in the AFC South, all at 3-2.  Kansas City sits on top of the AFC West at 4-1.

Over in the NFC we find the San Francisco 49ers, still undefeated after only 4 games, leading the West with the New Orleans Saints on top in the South and the Green Bay Packers who are out front in the North, both at 4-1.

The Washington Redskins, the Cincinnati Bengals and the New York Jets have yet to win a game.

It’s still a long way to go until Super Bowl LIV in February and the field is just starting to settle out.  Lots of tight races and lots of opportunities for NFL football fans everywhere to get in a wager or two on their favorite teams each weekend until February rolls around.