THE SWEETEST OF SWEET SIXTEENS PART ONE 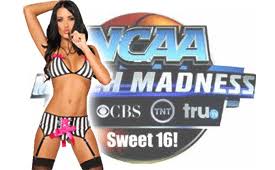 While some might have found the buildup to the Sweet Sixteen round of the NCAA Basketball Tournament for 2019 a bit too predictable, what we have ended up with is the real cream of the crop for this weekend’s action.

We all like to pull for the dogs and marvel at a ‘Cinderella’ team like 12 seeded Liberty putting it to a number 5 seed Mississippi State.  That one broke a lot of brackets right off the bat.

But mainly the favorites won, leaving us with some pretty exciting basketball games to look forward to when the Sweet Sixteen action kicks off in Anaheim, California between the number four seeded Florida State Seminoles and the number one seeded Gonzaga Bulldogs, which seems to be the team to beat.

According to Las Vegas odds makers, Gonzaga is listed at -170 and Virginia at -180.  However both trail behind the overall favorite for the Sweet 16 segment for this year’s ‘Big Dance’, which is, of course, perennial favorite Duke, which the ‘experts’ are listing at -360.

Astute fans will remember that Florida State beat Gonzaga in the Sweet Sixteen round last year in an unexpected upset.  The +7.5 point favored Bulldogs will surely be out for revenge while the Seminoles just want to keep their special ‘mojo’ working. They will depend on their abundant depth from the bench to see them through as they try to take down Gonzaga.

The Tennessee Volunteers were ranked as the number one team in the nation for a good part of the year.  They are experienced, tough and, on occasions, simply slick.  As a number 2 seed, Tennessee will take on the number 3 seeded Purdue Boilermakers +1.5 in what should be a tight match.

One of the most difficult match ups to wager on of the Sweet Sixteen round will take place after the Gonzaga-Florida State game between the number 2 seeded Wolverines from the University of Michigan and the number 3 seeded Texas Tech Red Raiders +2.

Two very different teams.  Both good.  Both perfectly capable of competing in Minneapolis in April.  Both are low scoring, defensively oriented basketball teams so look for a low scoring game.

Closing out the first day of Sweet Sixteen action will come from Louisville, Kentucky where the number 12 seeded Oregon Ducks will try to outwit the formidable, and number one seeded, Virginia Cavaliers now listed at 8.5 point favorites, which is the largest spread of the Sweet Sixteen round.  However, Oregon has been one of the hottest teams in the country in the latter part of the season so it’s possible the just might keep the Cavaliers from covering that big number.