The University Of Miami Verses The NCAA 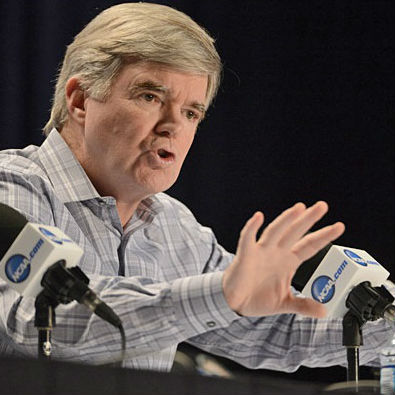 NCAA Commissioner Mark Emmert surely wishes that the big stink caused by the investigation by his office into shenanigans at the University of Miami would just go away.  However, it keeps coming back… again and again… each time worse than before.  Sports writers have even called for the resignation of Emmert over the Miami issue.

Well, it has been a mess… a big mess.  Mistakes have been made on both sides and, unfortunately, the press has jumped on every little detail to drag this thing out in front of the public. Perhaps it’s all for the good.  However, we are all getting tired of hearing about it, even though and peaceful resolution seems far, far away at this point.

Officials at the University of Miami have filed for dismissal of the 2 year old case against the school by the NCAA Commissioners office in a rather scathing report which details the reasons for the request.  The unprecedented 45 page request was filed last week and posted on ESPN.com. Four other former Miami assistants have also filed their own motions to dismiss.

Emmert’s office is accusing the University of lack of institutional control in its dealings with notorious Miami booster & con-man Nevin Shapiro who is now serving time for his part in a grand Ponzi scheme. Sapiro is also accused of giving aid to Miami athletes in the form of cash, cars and credit cards.  Wild parties aboard luxury yachts are also rumored to have been provided to some Hurricane players.

The University could face severe sanctions from the NCAA if the charges are proven and acted upon but the officials at Miami are claiming that the advancement officers who actually met with Shapiro were not aware of his connection with Axcess Sports and were not even employees of the athletics department.

Commissioner Emmert has also been called to task for violating the NCAA’s own confidentiality rule by talking openly with the press about the possibility of applying the death penalty in the Miami case. Of course, he was just joking… I guess.

Most sports fans, like Mr. Emmert, wish that the issue would just go away.