Three Hot Storylines To Watch In The NBA Playoffs 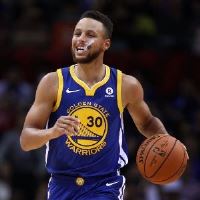 The NBA playoffs include a huge number of storylines and drama, but there are always a few that people tend to look forward to.

Here are three worth following as these playoffs develop.

1.- The physical and mental state of the Golden State Warriors: They finished the season 7-10 as the team was wrecked by injuries down the stretch and no one knows for sure when Steph Curry will be back or how quickly he can return to form. Furthermore, Kevin Durant keep getting ejected from games and their bench has been shaky as they keep having defensive issues that have been going on for months.

With two MVPs and a roster full of players with playoff experience the Warriors look capable of overcoming these challenges, so now it’s up to them to prove they can get their act together at the right time and make it all the way to the NBA Finals. But don’t get overconfident even if the Warriors breeze through against the San Antonio Spurs in the first round, their real level won’t be tested until they go head-to-head against the Houston Rockets or the Oklahoma City Thunder.

2.- How will the young Philadelphia 76ers fare in the playoffs? The Sixers are currently one of the hottest and most exciting teams to watch in the NBA. Their athletic, long-armed and young players defend sternly, and their team has plenty of players that thrive from beyond the arc and can punish opposing teams from all over the floor. Ben Simmons, the only player that struggles from the three-point line is no slouch as he is a triple-double machine and one of the best rookies that the NBA has seen in a decade. Then there is Joel Embiid, the phenomenal player in the middle of it all that will likely return from injury soon and will only make them better in the paint and tougher to score on.

The main drawback with the Sixers is their inexperience, which can be lethal in the playoffs and they still have no magic formula to stop LeBron James. They had a 2-2 record against the Cleveland Cavaliers in the regular season, but despite the terrible defense James and company have been playing all season long, almost no one would dare to take Philly in a seven-game series against one of the most postseason experienced teams of the last three years.

3.- Both conferences have unproven No. 1 Seeds: The Houston Rockets and Toronto Raptors need to prove themselves despite finishing with the best record in their respective conferences. Their recent and repeated postseason failures have people doubting them and neither are the favorites to win a trip to the NBA Finals.

The Raptors have lost 10 straight game ones in the playoffs and now with Kyle Lowry and DeMar DeRozan, they hope to end that trend. Although they haven’t always delivered under the spotlight, this season they changed their game and mentality to become the best of the East. If they keep their postseason nerves in check and find a way to defeat the Cavs and LeBron James, who still beat them in two of three games during the regular season, the Raptors could make the NBA Finals.

The Houston Rockets have two of the league’s best players in James Harden and Chris Paul and they made the team almost unbeatable when they were on the court together, but they both have failed miserably in the postseason in previous years when they were on separate teams. If they both can continue to display their current level of play throughout the playoffs, even the No. 2 seeded Warriors could have a very tough time defeating the Rockets in a seven-game series.