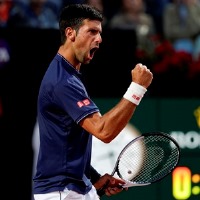 Perennial Australian Open winner Novak Djokovic will return to competitive tennis next week after a six-month hiatus due to injury.

He’s won the Australian Open an amazing six times, but this time’s he faces a slightly different situation as he’s coming off that long injury layoff.

There are three key things he needs to do to have a chance of winning the Australian Open this year. They will determine whether Djokovic wins this year’s event or not.

-This year he must start more focused on the game and prove that he’s recovered his mental toughness to withstand the long matches and have a chance of winning the 2018 Australian Open.

Last year at the Australian Open is when things really started to unravel for the Serbian as he suffered a second-round, five-set defeat at the hands of Denis Istomin in a result nobody had seen coming.

It was also the first time in seven years that Djokovic had shown a dent in his mental toughness and he never recovered from this bad start for the rest of the season.

Although there’s no way to know for sure whether or not he was already being affected by his elbow issues this early in the year, it was evident that his mental toughness was missing.

In the past, we’ve repeatedly seen Djokovic get complacent against lower ranked opponents and this cannot happen in his return from injury this year if he wants to be successful and leave behind last year’s struggles.

Rather than just beat his early opponents it may be in the Serbian’s best interests to absolutely thrash them. Coming off an injury layoff of over six months fitness will definitely be an issue in the big matches later in the tournament.

Djokovic needs to save some energy if possible so getting rid of his lower-ranked, early opponents will be very beneficial to him.

Before his early exit last year Djokovic had cemented his place as one of the Australian Open’s best players this decade as he won five of the last six tournaments. Furthermore, although in 2014 he failed to reach the final, he was knocked out in the quarterfinals by eventual champion Stan Wawrinka, from Switzerland.

Djokovic’s pedigree in this tennis event can’t be contested. The main issue for him is whether he’s fit enough and whether he can get his game and his mental attitude to the right level to win this tournament once again.

-Djokovic needs to be more aggressive in the transition from defense to offense at the right points of the matches and he will win them with ease once again. Especially those first and second round matches.

When it comes to the likes of Rafael Nadal, Roger Federer, and the other big competitors, he will really have to be at the top of his game.

When Djokovic lost his form, his focus was also affected, and it seemed as though he resigned to play a less aggressive game. His transition from defense to offense wasn’t as smooth and as aggressive as in 2016 when he seemed unstoppable.

If the Serbian goes to this Australian Open fully fit and the elbow isn’t giving him any problems, then there’s absolutely no reason why he can’t reach the final or even win it all once again.

If he’s aggressive enough with his transition from defense to offense he will succeed because it’s a massive part of his game and when he’s fully fit he’s the best at it.

If he gets all of this right, then Djokovic will most certainly be one of the favorites to win his seventh title.