Three Keys To The Patriots Beating The Packers On Sunday Night 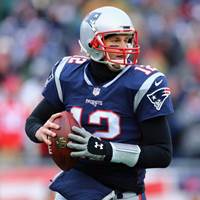 The Green Bay Packers visit Gillette Stadium on Sunday night to do battle with the New England Patriots in a clash between two of the best quarterbacks in the NFL featuring Aaron Rodgers and Tom Brady.

Although early in the season many considered this game a possible early Super Bowl preview things haven’t gone Green Bay’s way as they’ve stumbled to a 3-3-1 record.

Nonetheless, as long as Aaron Rodgers is the Packers’ quarterback, they must be considered a dangerous team to play against. With that in mind here we present you three keys to the Patriots beating the Packers on Sunday:

1.- Red zone execution: Both teams are capable of scoring in bunches when they get inside the 20-yard line, so the Brady and the Patriots need to be better than Rodgers and the Packers in that part of the field. This is crucial because when two teams this evenly matched play each other the one that settles for more field goals will usually take the loss.

2- Contain Aaron Rodgers: Use pass pressure to disrupt Rodgers’ rhythm and accuracy but find ways to keep him for breaking free when the pocket collapses. Rodgers has the ability to throw on the run and extending plays when he scampers outside the pocket, so the Patriots need to leave some defenders back to contain him in case he tries to get to the outside and take off.

3.- Get the ground game going early: One of the reasons the Patriots offense had a difficult time getting things going against the Bills last week was the lack of running game. Against a team as talented as the Packers New England needs to have a balanced offense to set up the play action and control the game’s pace.

Belichick can’t afford a lackluster performance from his run attack this week as they will need to keep Rodgers off the field, control the time of possession and run out the clock late in the game to limit the Packers’ chances of mounting a comeback if they trail by less than a touchdown. Even if Sony Michel is not able to play this week, someone needs to step up in the running game and help the team get enough carries (25 or more) on the ground.