Top 5 Baseball Movies of All Time 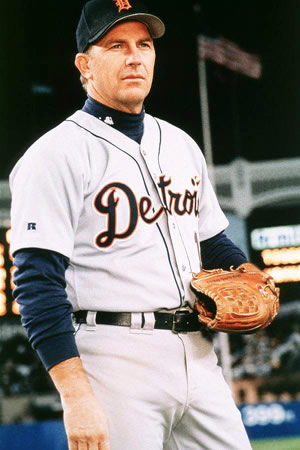 Most people like to watch movies that they can relate to, movies that are relevant to their real lives. Well for gamblers and bookies who engage in the baseball betting, baseball movies certainly take the cake, and for obvious reasons. If you fall into one of these categories and just happen to love baseball films, then we encourage you to browse through our handy top five list and make one of our picks your next film selection. We know you’ll be glad you did.

1. The Natural: This first pick in our great baseball movies list is a real classic,dating all the way back to 1984. The Natural, which stars the legendary Robert Redford, tells the story of baseball player Roy Hobbs, who turns a losing team completely around. There is a magical element to the film and a few surprises you won’t see coming along the way, and it is an excellent, family friendly watch that may just bring a few tears to your eyes too.

2. Money Ball: Another of the best baseball movies is definitely the true story flick Money Ball. Featuring Brad Pitt and an all around star studded cast, this Oscar nominated flick is about Billy Beane, the manager of the Oakland A’s. He decides to re-create a baseball club, and his plan to do so without spending a fortune is assisted by a very special new computer program. Learn a lot along     the way with this baseball flick, but also be prepared to laugh a lot too.

3. *61: Yet another of the baseball movies greats is *61, a surprising little flick directed by none other than Billy Crystal. Watch in delight as baseball greats Roger Maris and Mickey Mantle do their best to beat Babe Ruth’s home run record.

4. Eight Men Out: We may be nearing the end of our baseball movies list, but     we couldn’t leave off Eight Men Out. Featuring a super young John Cusack (the film was released in 88), this historic tale takes you back to 1919. That was the year the White Sox purposefully lost the World Series, and the scandal is explored in this film.

5. Major League: Our list certainly wouldn’t be complete without including Major League, another 80s hit. This one stars Tom Berenger, Charlie Sheen, and Corbin Bernsen as bad baseball players who do their best to bring their     struggling team to victory, even if that’s not what the team owner had in mind.