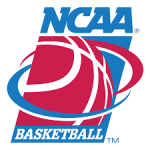 For the most part college basketball games played before Christmas are not really meant to offer much in the way of serious competition to the big name school which is playing some small college program that seeks to gain national recognition, and a lump of cash, by taking on a hoops team that they know they have little or no chance of beating.

Today’s coaches and sports commentators call them ‘warm-up games’. ESPN’s Lee Corso calls them ‘cupcake games’.  Whatever, these contests are more like pageants than basketball games, but, that’s the way it is folks.

It’s been that way for years.  Seldom does a contending team face another contending team before the first of the year unless it is in some exotic tournament somewhere.  These are called ‘marquee matchups’ and most hoops coaches despise them, especially those early in the season before they even really know what they have in the way of a basketball team.

So it is not a surprise to find the same powerhouse teams in college basketball holding down the top ten positions in both the AP and the Coaches Polls as last year, and the year before that. As usual we have Duke, Louisville, Michigan State, Kansas, North Carolina, Maryland, Virginia, Gonzaga, Ohio State and Kentucky rounding off the top ten in the national polls this week.

Next week will most likely see the same teams there but perhaps in a somewhat scrambled order as none of these teams will be facing any really serious competition until just before Christmas when Kentucky hosts Ohio State and Louisville in back to back games at Rupp Arena in Lexington.

Duke, currently ranked as the number one team in the land, as usual, has the easiest schedule of all the top ten teams. They will not encounter any serious competition until January 18 when Louisville comes to town. The Blue Devils and the Louisville Cardinals are both currently listed at 10 to 1 to win the NCAA Tourney this year.

The Kentucky Wildcats started the season with a bang by defeating Michigan State 69-63 back on November 5th but then unexpectedly fell to the neighboring Evansville Aces at home on November 12th by a final score of 67-64.  They begin SEC play on January 4th when Missouri comes to town.

Michigan State begins Big 10 play on January 2nd hosting Illinois and then Michigan on January 5th.  They will not encounter any top ten teams until the Spartans host Ohio State on March 8th. Michigan State is the current favorite to win it all in ‘March Madness’ this season at 6 to 1 odds with the Kentucky Wildcats coming in with the second lowest odds at 8 to 1.

The Kansas Jayhawks and the North Carolina Tar Heels are at 12 to 1 going into December and five teams are bunched up at 20 to 1 including the Arizona Wildcats, the Gonzaga Bulldogs, the Maryland Terrapins, the Ohio State Buckeyes and the Oregon Ducks.

While the relative positions of these teams will be changing every week for the remainder of 2019, don’t look for any significant changes before 2020 gets rolling. Then the excitement will start to build with every game all the way up until March when the real ‘Madness’ begins!