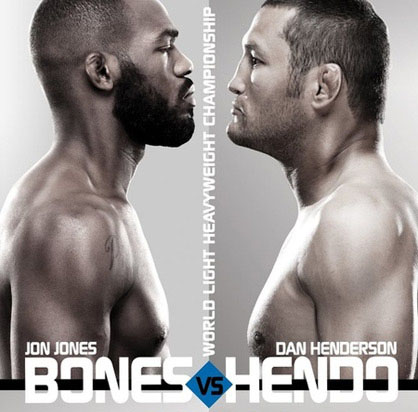 It’s not every day that you hear of an UFC champion that refuses to face a fight. Usually considered as the best fighters in the world, pound-for-pound, is not an usual occurrence to hear that a fight has been postponed because one of the parts involved refuse to accept an opponent, however that’s the case of the highly anticipated fight of UFC 151.  The reason of the cancellation is the unexpected knee injury of one of the opponents, forcing the organization to call it quits on the event.

Dan Henderson, one of the fighters involved suffered a serious torn medial collateral ligament in his right knees. Despite the efforts of Henderson of continue his regular trainings he couldn’t continue. Because of this, the UFC light heavyweight and scheduled fighter for UFC 151 Jon Jones, refused to go on with  the match, forcing Dana White, pressing of the UFC to cancel the entire card that was supposed to happen on the Mandalay Bay Event Center in Las Vegas this past Saturday.

Two-time middleweight title challenger Chael Sonnen was proposed as a possible replacement for Henderson, however on a conference held on August 23rd, current champion Jones refused to take him as an opponent, forcing the organization to cancel the event for the first time in eleven years.

Chael Sonnen accepted the fight. He just came up from 185pounds and was ready to take Jones on such a short notice; however it has been rumored that despite the desire of the latest to accept the new challenger, it was actually his coach Greg Jackson the one that advice Jones not to take the challenge, one he considered “one of the biggest mistakes of [Jone’s] life”.

As UFC 151 won’t happen despite the organization’s best efforts, the fight for championship has been re-scheduled to September 22nd in Toronto and will be against Lyoto Machida. This re-match has proven to be not very successful, due to the low pay per view earnings and the high risk involved for Jones. Hundreds of bets will be reimbursed to bettors.