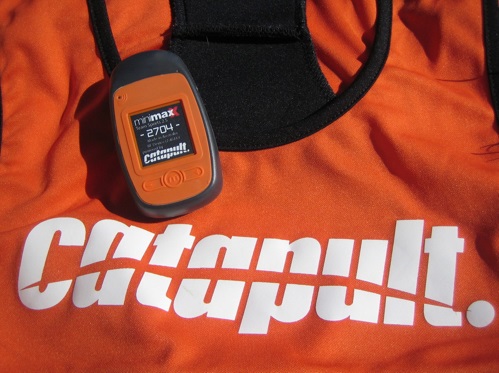 The Florida State Seminoles seem to be excelling in all forms of collegiate athletics these days. Good coaches, sure. Great recruiting program, you bet. The Tallahassee campus gets its fair share from the nation’s young athlete pool, but there is something else.

Head Football Coach Jimbo Fisher and his staff have discovered and embraced a training system widely used outside of America which originated down under in Australia. Its call Catapult GPS and it may soon be changing the way we all look at training for athletes of all ages and levels of competence.

Sports Sciences have taken gigantic leaps in the past few years. Some were leaps forward to take advantage of the latest technologies while others were leaps backwards in time to embrace centuries old techniques which have stood the test of time. Today’s sports scientist, along with coaches, trainers and the athletes themselves are encompassing the best of all available information, from whatever time.

Coach Fisher put it this way, “Here’s my philosophy, in America we are spoiled. We have the largest gene pool of athletes in the world. When one breaks down we say, ‘go get another one’. But, if the toy isn’t broken, don’t fix it. All these other countries and all these other sports, how do they beat us and don’t have the caliber of athlete? They’re ahead in training.”

So Fisher and his staff looked into finding out why and ended trying an Australian system called Catapult GPS which is a new physiological and biological monitoring system for athletes which has already been quietly in use in both the NFL and colleges here in the USA as well as gaining popularity with athletic organizations around the world.

Using the Catapult monitoring system Coach Fisher asserts that his football team suffered 88% less soft tissue injuries last season. There were fewer tears and pulls which translated into more front line players on the field when they were needed.

The Catapult GPS system allows coaches and trainers to know who is overworked and economize practice by removing the guesswork with scientific performance management. It will compare the athletes training sessions through weeks and seasons to stop the guesswork as to just when to play and when to sit top players.

But there is still a shade a secrecy and newness to Catapult. Some of their clients have forbidden their names to be used in association with the system. Gary McCoy of Catapult calls his product ‘The Most Used Secret In Sports’.