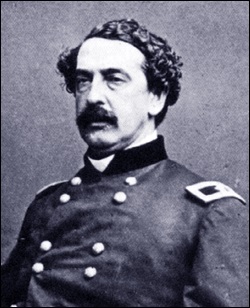 When we were growing up it was common knowledge that Abner Doubleday was the man who invented the game of baseball.  It was in all the books. It seems that the famous A.G. Spalding headed a five-star panel of baseball experts to do a highly publicized investigation into the origins of the game.  That committee concluded that Doubleday had been the guy to write down the rules for baseball way back in 1839 in Cooperstown, New York where the Baseball Hall of Fame would find a home many years later.

However, like so many endeavors of this sort, the conclusions of the group were more guided by public opinion and mythmaking that the desire to get down to the real facts of the matter. They wanted something that would look good for baseball.

In reality, the game of baseball, as we know it today, was formulated around 1845 by another committee headed by Alexander Cartwright but, even then, the game of baseball had been going on for decades. Cartwright himself is often referred to as the “father of baseball”. He is thought to be the first person to come up with the actual diamond arrangement that we still use today. Cartwright also holds a place in the Baseball Hall of Fame.

Doubleday had already passed away when Spalding’s group declared him the inventor of baseball.  He was a popular figure at the time having been a highly respected war hero. He was even second in command at Fort Sumter on that fateful evening when the Southern batteries opened fire and began the Civil War.

Doubleday himself gave the order for the first Union cannon to fire in that sad episode in American History. He also served at Bull Run, Fredericksburg, Chancellorsville and finally at Gettysburg. As an officer he was noted for his methodical planning and calm demeanor in the chaos of battle.

MLB Hall of Famer Wade Boggs was a distant cousin of Abner Doubleday as was the famous Frank Doubleday who founded the Doubleday publishing empire.

Abner did not, however, invent the game of baseball.