Will We Ever See a Triple Crown Winner Again? 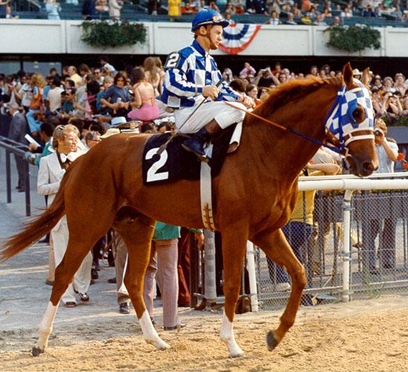 You have to go all the way back to 1978 to find the last Triple Crown winner, a magnificent specimen who went by the name Affirmed. While it’s hard to believe that it has really been that long, many are speculating that it is something that may never happen again. Some believe that the “triple crown drought,” which has taken the horse racing world by storm, is only going to continue. These individuals argue that the horses of today just can’t and don’t race like they used to. They say that there will never be a horse so powerful and skilled that it can win all three legs of the prestigious race.

Many others disagree and say that, undoubtedly, we are close to having another Triple Crown winner. This year one horse, UNION RAGS, stands out from the rest of the pack as the overall favorite to win the Kentucky Derby. Other notables on the horse racing circuit include EVER SO LUCKY, LIAISON, CREATIVE CAUSE, and HANSEN. The question is will any of these contenders be able to triumph at the Preakness Stakes and finally the Belmont Stakes to capture the illusive Triple Crown of Thoroughbred Racing?

In recent years we have seen some fine horses challenge for the title of Triple Crown winner. Most recently was SMARTY JONES who, back in 2004 won both the Derby and Preakness. Just one year earlier in 2003 we saw FUNNY CIDE accomplish the same feat of winning the 1st 2 races of the Triple Crown. Ultimately both horses could not maintain the momentum and faltered in the final race, the Belmont Stakes. The Belmont is said to be the true test of a champion race horse because it is the longest of the 3 races and truly challenges the stamina of the horse.

The pageantry and the nostalgia that accompanies these 3 races is what makes them true American arcana. Men Women and children of all ages flock to the tracks dressed in high fashion, notably the women’s hats, to bet on their favorites. Whichever horse wins on Derby day will excite the imagination of racing enthusiasts and spark the inevitable debate, can they go on to win the greatest prize in the horse racing world?