Against All Odds: Woods Was Still Favored At Bay Hill 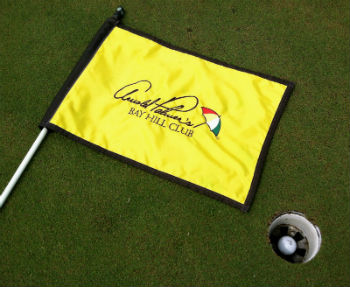 Tiger finally threw in the towel and made the call to his mentor Arnold Palmer to inform the legendary golfing great that, regrettably, Tiger Woods would not be able to participate in the Arnold Palmer Invitational at Bay Hill in Florida this week.

Woods informed the public on his website, “I personally called Arnold today to tell him that, sadly, I won’t be able to play in his tournament this year. I would like to express my regrets to the Orlando fans, the volunteers, the tournament staff and the sponsors for having to miss the event.” He was a 5-to-1 favorite to win the event, even after limping off the course at Doral.

If you watched the final round at Doral last you already know why Tiger had to drop out of one of his favorite events of the year. He has won there a total of 8 times over the years, but those of us with a lower back condition need no further explanation or excuses from Woods for not going to Bay Hill.

Especially considering what’s coming up, Augusta, the Masters professional golfings’ premier event and Tiger Woods would have to be in dire straits indeed, or under restraint to miss that one.

The Tiger will be at Augusta, bet on that.

How he will fare is an open question but he will be there.

Listen to what he said on his website, “Unfortunately, my back spasms and the pain hasn’t subsided. It’s too early to know about the Masters, and I will continue to be evaluated and work closely with my doctors. I feel badly that I won’t be able to play in this great tournament this week.”

But remember that Tiger Woods has a history of playing with pain and playing well! He has told the story of the 2008 US Open when he was in pain but he claimed that he did not feel it until after he had shot.  That’s concentration.

Woods has been able to get into that ‘hero mindset’ to play through the pain on some pretty big stages in the past, like when he won at Torrey Pines on a bad leg.

So the Arnold Palmer Invitational will go on without him and Tiger Woods will be concentrating on getting better and getting ready for the big one at Augusta where he will no doubt be, once again, listed as the favorite by Las Vegas sportsbooks.  The golfing world will be holding its collective breath to see how the Tiger performs on the stately links down in Georgia.