Woods & Watson And The Ryder Cup 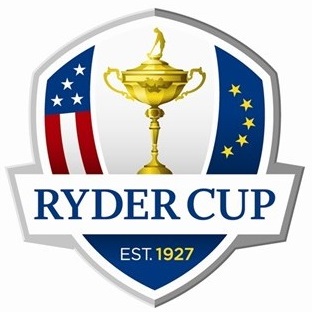 Although Tiger Woods has been out of competition for some time now, he remains the most popular golfer in the world. Even after he so obviously hurt his back at Doral, Woods continued to be the favorite on every wagering board across the country. Bettors love to bet on the Tiger.

Nowadays there is some sort of story about Tiger Woods every day on the Internet. When will he take to the links again, or will he ever? No golfer in recent memory has garnered the following that Tiger Woods has.

But that following didn’t come easy. It came with many hard years of remarkably consistent play and awe inspiring shots that caused his many fans to expect greatness when Tiger Woods stood up to tee off once again.

Tiger recently announced that he would not be participating in the 2014 US Open. His fans were surely disappointed, but probably nothing to what Woods felt. He is a competitor, he likes to win, he wanted to play in the Open, but discretion became the better part of valor at some point and he had to admit that he was just not ready as yet.

But then there is the Ryder Cup coming up this fall, the much anticipated biannual men’s golf competition between the teams from the USA and the best players from Europe. Will Tiger Woods be ready for that one?

Legendary golf champion Tom Watson is the captain of team USA and it is his call whether Woods will play or not. First he said that it was an ‘automatic pick’, then he backed off of that statement somewhat. Now he is back to his original position. Tiger Woods will be an ‘automatic pick’ (again) for the US Ryder Cup team, if he’s healthy.

Watson told the press, “I’ve said it before that he’s an automatic pick. You can’t have a player of that caliber not on the team. But that has to be weighed next to what his health is”. Then Watson elaborated, “I hope he can get back in the swing, because he wasn’t playing his best even before the surgery. But if he’s not physically right, Tiger will be the first one to tell me.”

In other words, if Woods tells Watson that he is good to go, you can count on Woods to be over there at Gleneagles when the fun begins in late September, and you can bet that Tiger Woods will once again be one of the guys on the wagering boards with the shortest odds.