Yankees Prepare To Shine In The Stretch Run 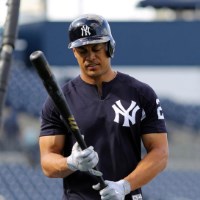 In almost every aspect this has been a fantastic season for the New York Yankees as their lineup has been explosive, the bullpen has been nearly automatic, and the rotation seems to have pieced it all together despite injuries throughout the roster.

One player that has done much of the lifting for the lineup the past two months is Giancarlo Stanton, who has dramatically turned things around after a slow start.

The Yankees lost one of their best players on July 26, when Aaron Judge was hit on the right wrist by a pitch during a game against the Kansas City Royals, but they received reinforcements at the trade deadline in the form of pitching.

First, they acquired Zach Britton from the Baltimore Orioles, J.A Happ from the Toronto Blue Jays and Lance Lynn from the Minnesota Twins.

The Yankees ownership and general manager aren’t satisfied with where they are in the division race (nine games behind the Boston Red Sox) and as a result, made those moves to provide the club with everything it needs to win a championship.

Despite some recent hiccups in the field of play, the biggest strength of the Yankees roster is the bullpen and after the addition of Britton, it only got better.

The Bronx Bombers can now afford to adjust to the different matchups they will face and shorten games for their starting pitchers. Going into September having more rested starters could make a big difference by the time the playoffs arrive.

With these adjustments, the Yankees now look primed to compete with the Red Sox as they try to make some ground during the stretch run.

In the meantime, and until they meet Boston again on the field the Bombers will try to take care of business as they get healthier in the coming weeks.