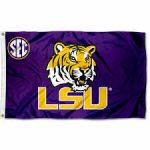 Joe Burrow and his receivers worked out together over the summer down in Baton Rouge in 90+ degree heat and humidity until they stated to click like a well oiled machine.  Burrow was throwing passes before his intended receiver had even made his break. It was magic. They knew that they had something special, but hardly anyone else even gave the LSU Tiger football team a passing thought before the season began.

Then the Tigers of LSU beat the Texas Longhorns in Arlington for the season opener and sports writers commented that was ‘pretty good’, and how’s about that Burrow guy, eh?  But that was only the beginning for Coach Ed Orgeron and his revamped Bayou Bengals. Check out LSU with a RPO offense!

‘Coach O’ quietly put together a coaching staff that rivaled any in the land and the players bought into their programs and training, and the Tigers went on the win game after game until, on November 9th, they came up against Nick Saban and the mighty Alabama Crimson Tide, a team which LSU had not defeated since 2011.

It was the most watched college sporting event of the year, and it was a hell of a game with a total of 87 points scored and the Tigers coming out on top by a final score of 46-41.  Then everyone took notice, and LSU entered the discussion for the final four to compete for the national championship.

With that same victory over Alabama, Coach Orgeron probably secured his position in Baton Rouge for years to come, and that is a good thing as Oregon is a true native of south Louisiana. A bit gruff and perhaps not always socially acceptable, but ‘Coach O’ has become one of the most beloved figures in the state of Louisiana today.

The SEC has also rewarded Coach Orgeron, who is in his third season as head coach of the Tigers, with their coveted ‘SEC Coach of the Year Award’, which takes on a special meaning considering that the honor is voted on by all the coaches in the SEC.  Senior quarterback Joe Burrow also won the top honor from the leagues’ coaches with the ‘SEC Offensive Player of the Year Award’.

Along with Joe Burrow at quarterback, 5 other players on the LSU squad were named to the SEC First String Team.  They include Clyde Edwards-Helaire at running back, Ja’Marr Chase at wide receiver, Lloyd Cushenberry III at center, K’Lavon Chaisson at linebacker and Grant Delpit at defensive back.

Finally, wide receiver coach and passing game coordinator Joe Brady, who has been credited to a large degree for the positive changes that have come to the offensive side of LSU football this year, was named the winner of the Frank Broyles Award, which goes to the top assistant coach in college football.

And so finally, after LSU went undefeated at 13-0 for the season and had soundly beaten a highly touted Georgia Bulldogs team by a final score of 37-10 in the SEC Championship game, and the Wisconsin Badgers had out played the then number one ranked Ohio State Buckeyes throughout the first half of their game, the CFP Committee broke down and conceded that the LSU Tigers should be the number one ranked DI college football team in the nation.

Ohio State was then relegated to the number two spot and will face number three ranked Clemson as 2.5 point underdogs in the Fiesta Bowl out in Arizona on December the 28th. This is a replay of last year’s matchup.

By virtue of their victory over the Baylor Bears and Georgia’s loss to LSU, the Oklahoma Sooners were awarded the fourth and final spot in this year’s CFP semi finals, which is also played on December the 28th in Atlanta at the Peach Bowl, when the Sooners (+13) will try to tame the number one ranked Tigers of LSU.  The winners of these two semi final games will meet for the CFP National Championship on January 13th down in New Orleans.