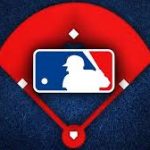 We’re going into the home stretch in major league baseball for 2019.  The 162 game schedule has gone by all to quickly for avid baseball fans. But here we are. The divisional races are coming down to the wire on some fronts, while others have been decided for weeks now. This is where it starts to get good.

As it often does, this year’s run for the pennant is going to involve some heroes.  Some will be players who have performed at a consistently high level all season long, and then there are the guys who suddenly get inspired to go out and perform at levels exceeding previous expectations.  Those are the most fun. “I didn’t even know that he could hit a ball that far, or make that spectacular catch”.  Every year one or two of these late blooming heroes emerges to thrill their fans and spur their teams on to another victory.

The guys making the biggest splashes in the headlines today are the motivators for their teammates going into post-season play. Here are some standouts, just to name a few.

Justin Verlander is on top of his game, obviously.  He just threw the third no-hitter of his career against the Toronto Blue Jays over the weekend allowing only one walk in the first inning and then shutting them down completely. Verlander is among the forerunners for this year’s American League Cy Young Award.

What else can be said about young Cody Bellinger of the Dodgers?  A better example of a complete five-tool baseball player seldom comes along.  He hits for average, he plays all over the defensive field….and of course, he hits lots of home runs.  Bellenger is currently tied with Mike Trout of the Angles and Pete Alonzo of the Mets with an MLB leading 43 home runs; and he never seems to be in the same defensive position two games in a row.

Of course there’s Mike Trout himself.  Perennial All-Star, always leading just about every category there is in Major League Baseball.  Trout truly qualifies as a genuine ‘superstar’ garnering praise from baseball writers, his fellow players and his many fans each time he takes the field.  He is another one of that rare breed known in the baseball world as a ‘five-tool player’, which means basically that he can do it all.

Now Mike Trout stands on the brink of becoming the first 300/200 player in modern major league baseball history.  The 300 stands for home runs, and Trout us currently lacking only 17 to get there. The 200 stands for stolen bases and he may well have broken that one by the time you read this.

DJ LeMahieu of the New York Yankees and Anthony Rendon of the Washington Nationals are running neck and neck in the RBI race with .335 & .337 respectively.  Houston’s Michael Brantley is barking at their heels with a 3.23 in the AL while Bryan Reynolds of Pittsburg and Christian Yelich of the Brewers are still very much in the race with .335 & .328.

Down in Houston, former LSU standout third baseman Alex Bregman is also having an exceptional season this year and stands ready to excel in the postseason with a Astros team that looks more and more dangerous with each series they play.  Bregman’s on base percentage is up to .412 and ranks fifth in the majors.

But the real heroes to emerge in the 2019 post season are probably not even listed here.  Somewhere out there is some player on some team that starts feeling just right, just at the right time, and then just watch out MLB!