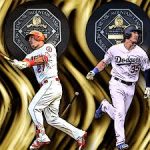 The races for the annual Major League MVP (Most Valuable Player) Awards are winding down with mostly familiar names foremost in the competition.  There were also some pleasant surprises emerging this season. Like rookie Pete Alanzo smashing the 50 homerun barrier a week before the close of regular season baseball and a bevy of young call-ups for the Dodgers, like Will Smith and Gavin Lux, who have muscled their way onto the LA postseason roster.

Mike Trout of the Los Angeles Angels managed to knock out 45 homeruns this year before a nagging foot injury took him out of the running, still in all, going long 45 times in one season is not too shabby. Even with the injury, Trout is still way up there in the running for the American League MVP Award, as he has been for several years in a row now.

Alex Bregman has been one of the mainstays of the Houston Astros ever since being drafted out of LSU in 2016 in the first round.  In addition to some exceptional fielding at the hot corner on third base, Bregman has 40 home runs so far this year and is also under consideration for the MVP Award.

Like Trout in the AL, one of the major contenders for the NL MVP Award this year was brought down when a freakish knee injury ended the season too early for Christian Yelich of Milwaukee.  The Brewers are a team which is still very much in post season picture and will miss the services of Yelich, who managed to hit 44 homeruns this year before the injury.

The Dodgers’ Cody Bellinger has been simply one of the best players on the field this year in Major League Baseball.  Bellinger has been consistent, productive, always humble and always seeming to be having a good time. That sort of thing spills over to the rest of the team as well, making Cody Bellinger the top candidate for the National League MVP award this year even though he has fallen a bit behind in the home run race with only 46, so far.

Although they are not in consideration for any MVP Awards this year, the Houston Astros are now boasting as frightening, to other teams at least, a pitching staff as has been seen on one team for quite some time after landing three guys in the top four in most victories in all of baseball this year.  The combined talents of Justin Verlander (20), Gerrit Cole (19) and newly acquired Zack Greinke (18) will be an awesome obstacle to overcome for any team they face in the post season this year.

But there were two guys who came out winners, financially at least, during the 2019 baseball season.  Bryce Harper and Manny Machado both signed deals this past year for contracts in excess of three hundred million dollars each,  Harper with the Philadelphia Phillies and Machado with the San Diego Padres.  Neither team will make the postseason this year.  Neither player is an MVP.

At the time that seemed like a startling amount of money, in light of what the teams have gotten in return for these mega-super-stars, the sums involved still look to be excessive and even foolhardy.

Neither of these now uber-rich, and still quite young baseball stars are even mentioned in the MVP conversation this year.  At times they have both been downright dismal. Neither has so far shown themselves to be worth anywhere near that staggering amount of money.  Both the Padres and the Phillies are banking heavily on them being there for the MVP races in 2020.