NASCAR RUNS BACK TO BACK SHORT TRACKS 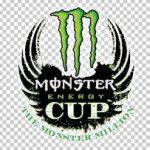 NASCAR RUNS BACK TO BACK SHORT TRACKS

Short track racing is where NASCAR was born and bred.  They were dirt tracks back in those days and no one ever even dreamed that one day stock car racing would be run on mile and a half concrete tracks in front of hundreds of thousands of screaming race fans. It was just some local petrol heads fooling around.

Actually the hopped up cars were originally the product of what was known in the day as ‘moonshining’, running whiskey made in a homemade still from some remote location, usually in the mountains, down to a local distributor, or perhaps even to a particular bar or local restaurant.  Legends, and even movies, arose from that era of the American automobile.

These highly specialized delivery cars were often modified to double the original horsepower and held an exceptionally large hidden compartment in the rear for the booze, often delivered in thick gallon sized glass bottles.

Of course when these ‘good ole boys’ weren’t making a delivery run, they took to racing each other around the local roads.  But the local law enforcement officials soon took exception to all the high speed shenanigans and put an end to the road racing.  What to do?

Oval dirt race tracks, ranging from a quarter to a half mile in length, started popping up around the country, mostly in the southeast centering around Kentucky and Tennessee. Fans sat on top of their cars and brought picnic baskets and ice chests to the races.  Then someone built a grandstand; not much more than high school football bleachers at first, but my, how they grew.

Today the Bristol Motor Speedway is one of the most famous NASCAR short track venues, and also happens to be the third largest sports venue in America and the seventh largest on the planet!  The little half mile track now holds 162,000 fanatical race fans and has even been used as a football field on occasion.

NASCAR will run a night race at the Bristol Motor Speedway starting at 7:30 pm on Saturday evening the 17th of August just outside of Bristol, Tennessee when 40 monstrously powerful, specially built automobiles will take to the track and engage is some of the fastest, most action packed, stock car racing to be seen anywhere.

The track at Bristol is steeply banked and has an outside retaining wall resulting in some high speed racing and a considerable amount of ‘paint swapping’ as vehicles scrap and claw past on another so closely that, by the end of the race, no car is left with its original paint job.  This is called fun, at 185 miles an hour!

Of course sometimes the drivers get a little too close resulting in some kind of accident bringing out the caution flag and slowing the race until the mess can be cleared away and high speed racing can once again commence. The accidents can be spectacular. They are often frightening and sometimes fatal for a driver.

High speed race car driving is not without its risks.  Everyone knows that; especially the drivers themselves. In the past few years great strides have been made to improve driver safety and we have seen drivers walk away from horrific wrecks that would have had far worse results just ten years ago.

On September 1st NASCAR moves to Darlington, South Carolina for the other famous short track on the Monster Energy Cup Series at the Darlington Raceway, aka ‘The Lady in Black’ or ‘The Track Too Tough To Tame’ in yet another night race starting at 6 pm EST. Obviously from the nicknames, this is not an easy race track on which to compete.

From its humble beginnings on the back roads of Kentucky and Tennessee, the American Stock Car, aka NASCAR, is in its 71st season and is challenging even the NFL and MLB for being the most popular sport in America.