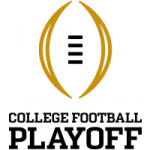 This year’s semifinal lineup is a good argument to leave the College Football Playoffs at four teams because, outside of the chosen four, there are in reality no other teams that can compete with them. After the first quarter had expired in the LSU-Oklahoma game, it was down to three.

The games leading up to the semi-finals were competitive and entertaining for the most part but didn’t count for much if you were not a fan of one of the participating universities. They were fun, and that’s what holiday bowls should be.

Of course, for those who just can’t resist wagering on college football games, it was a veritable bonanza on betting opportunities.  Hundreds of thousands of dollars were won or lost on straight wagers, parlays and teasers every day there were multiple bowl games on the TV.

When it finally came down to the Saturday of the semi-final games, the Ohio State-Clemson game became the most wagered college football game in history.  Nobody could agree on which team should actually be favored for the contest, but everybody wanted in on the action.

Not many bettors backed Oklahoma against LSU, even giving them 13.5 points didn’t sweeten that bet enough to top the attractions of the evening bill.

For the Tigers from Baton Rouge, playing a game in Atlanta was practically like a home game, after all the SEC title game was just won by those same LSU Tigers a couple of weeks before, in the same building. As luck would have it the CFP Championship Game this year will be played at the Super Dome in New Orleans. Once again, practically a home game for the Bayou Bengals.

LSU faithful had already purchased tickets to the Championship Game even before LSU faced and defeated Oklahoma.  Faith is not something that is lacking in south Louisiana this football season. Coach O will part the waters and Joe ‘Burreaux’ will race out on a Purple & Gold chariot to save the day.

When halftime rolled around at the Peach Bowl in Atlanta on Saturday afternoon, Joe Burrow had already thrown seven (7) touchdown passes in guiding his Tigers to an insurmountable 49-14 lead over an out matched Oklahoma Sooner team.

Of course Joe Burrow won the coveted award by a landslide vote.  The first people he thanked were the guys who have been catching his passes all season, which was an interesting twist.  Then Mom and Dad.  Then Coach Ed Orgeron.  It was an emotional moment for all.  The LSU Tigers were undefeated in 2019, and so was Joe Burrow.

But the late game on Saturday at the Fiesta Bowl in Glendale, Arizona between the undefeated #3 ranked Clemson Tigers as 2.5 point underdogs to the mighty #2 ranked Ohio State Buckeyes drew bettors from across the land to make their picks and take their chances, and a game of chance is what it turned out to be.

In contract to the Peach Bowl, the Fiesta Bowl was close at half time with Ohio State leading Clemson 16-14 and the contest remained close all the way down to the final minutes.  Those 2.5 points could have gone either way on several occasions down on the football field.

But the Clemson Tigers had won two of the last three national titles, even beating Nick Saban and Alabama, and they were full of confidence and swagger.  Critics claimed all season that Clemson did not face the high level of competition in the ACC that other top ranked teams went up against, but last Saturday night they faced one of the most talented teams in the land.

Ohio State quarterback Justin Fields was up on the podium at the Heisman Trophy ceremony along with Joe Burrow and Jalen Hurts.  Clemson sophomore quarterback Trevor Lawrence will most likely be up there next year, unless he is drafted in the first or second round by the NFL this year.

So the featured showdown in the CFP Championship game will be between Joe Burrow of the LSU Tigers (-5.5) and Trevor Lawrence of the Clemson Tigers, once again the underdogs. Bettors can look forward to having an abundance of props to wager on when these two very special rare talents take the field in New Orleans for the big game on Monday evening January 13th.