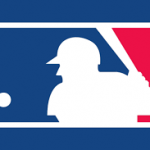 The sport of Baseball is a sport like no others.  For starters, it’s been around longer than most other sports and has had time to develop some pretty outrageous traditions and convoluted rules. Take the infield fly rule for instance.

Back in the old days it seems like some canny infielders would casually drop an infield fly ball on purpose so as to trick the base runners into making a dash to the next base and pulling off a sneaky double or even triple play off a little blooper fly ball.  They must have done this quite a lot because such shenanigans prompted the birth of the infield fly rule.

When an umpire declares the infield fly rule in effect, no matter whether the ball is caught or dropped, the batter is out and all force plays are taken off the board.  The rule can only be applied when there are fewer than two outs and there exists a force play at third base. That happens only when a team has runners at first and second base or when the bases are loaded.

The pop up has to be a fair ball, inside the baselines, and must be deemed as catchable using ‘ordinary effort’ by the umpire making the call.  Infield fly balls are always a dilemma for base runners as they all have to wait to see if the fielder will actually catch the ball.  Taking a big lead could result in the runner being caught off base and being thrown out should the fielder fake a catch, drop the baseball and then throw quickly over to second or third for the out.

There’s more. When the infield fly rule is announced it is just like a regular fly ball when caught.  The batter is out and the runners must tag up before making any advancement.  However, if the pop up is not caught and lands in fair territory when the rule is called, the batter is still out but there is no force possible and the runners may continue to advance without first tagging up.

The umpire making the call will usually sound off ‘infield fly’ or perhaps ‘infield fly, batter is out’.  Even if the ball is caught, the batter is out. The hand signal of right arm in the air and index finger pointing straight up is typically used to signal an infield fly rule call.

Remember, as complicated as it is for the infielders and base runners to keep up with, this is strictly a judgment call on the part of the umpire. It will be interesting to see, in these days of robot-laser strike zones and 7 minute reviews, if one day even the infield fly rule will be subject to booth review from New York as well.