THE NCAA FINALLY MOVES INTO THE 21ST CENTURY 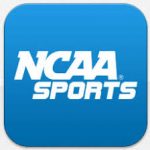 THE NCAA FINALLY MOVES INTO THE 21ST CENTURY

In spite of the best efforts of NCAA president Mark Emmert to keep university athletes playing for NCAA schools strictly away from any form of compensation for participating in university sports and representing the institution both on and off the playing field, some progress in finally being made.

For decades college athletes have been expected to live in the dorm, eat in the cafeteria and work their butts off for the glory of the school and in return receiving only a scholarship that usually only covers the cost of tuition and books, and perhaps room and board.

But a little spending money on the side, that was taboo in the eyes of the NCAA and in those of most universities.  Of course some spending money was handed out to some of the more gifted athletes.  It was just done under the table and off of anyone’s books.

Everyone knew that it was done on a regular basis, but no one really cared much.  After all, we want to keep that All American point guard happy, right?  It was easy to justify in the eyes of many both in and out of sports.

Then it just got way out of hand.  Would be agents making blatant offers of large sums of money to the families of star athletes to persuade them to attend, and play for, this or that university over another.

The offers were for so much money and the ‘secret’ was not very well kept, so investigations began.  First by the NCAA itself and then working all the way up to the FBI where federal wire fraud charges were thrown about gathering public attention for really the first time ever.

The situation became more complicated still when shoe companies and video game manufacturers began to use the images of college athletes in their advertising and promotions.  Fine.  But then some of the athletes began asking why they were not being compensated for the use of their names or likeness, then they began to demand that compensation even to the point of taking the case to court.

The biggest stumbling block to student athletes receiving compensation of any sort has been the NCAA itself, which is supposed to be in charge of protecting the welfare of university students at all levels.  The chief spokesman for the status quo has been NCAA president Mark Emmert who has gone so far as to declare any form of payment to a student athlete as ‘an existential threat’.

Now however the NCAA Board of Governors has overruled Mr. Emmert, at last, and passed a resolution directing all three major divisions to immediately consider ‘updates to relevant bylaws and policies for the 21st century’.  Notice that they didn’t actually come out and say that now student athletes can receive compensation, but, that’s what it all boils down to.

The chairman of the board of governors Michael Drake declared, “We must embrace change to provide the best possible experience for college athletes”.

Considering the amount of money that these college athletes bring into the university each year, that sounds like the very least that they could be doing.

Of course all of this is very much up in the air at the present time and will require a lot of hard work and negotiations before any details can be ironed out and a unified system is put into place. The board did establish the following guidelines to work with:

While these declarations are well meaning, they are still somewhat vague and will require time to be put into positive action.  After several states have already began discussing or even enacting legislation allowing student athletes to receive compensation in that particular state, the NCAA is now on the hot seat to take over and lead athletes and universities, and the shoe companies and sports video gamers to a peaceful solution to this national embarrassment in fairness to all.