Mickelson & Woods Set To Do Battle At Bridgestone 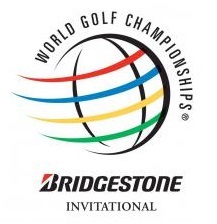 With the fourth and last major tournament of the season, the PGA, set to start at Oak Hill Country Club in New York the second week in August, the WGC-Bridgestone Invitational is still drawing the big name players to Ohio to compete at the Firestone Country Club. After all, the WGC stands for World Golf Championship… it’s one of the big ones.

Tiger Woods remains the lone favorite to win at Firestone even considering his relatively poor performances in June and July. The LVH SuperBook in Las Vegas opened Woods at 4-to-1 with Phil Mickelson next in line at 12-to-1 on the strength of his recent stellar performance at the British Open in Muirfield, Scotland.

US Open Champ Adam Scott is listed at 15-to-1 with Justin Rose, Brandt Snedeker and Matt Kuchar all bunched up at 20-to-1.

The short odds of Tiger Woods can be justified if you consider his history in this particular tournament which he has won a total of 7 times since 1999.  Tiger and Nike are also set to debut a new line of ‘Tiger Wood’s PGA Championship’ gear at the Bridgestone this year. As usual, he will be wearing red on Sunday.

As for the 2013 Player of the Year Award, it’s pretty much down to Tiger and Phil at this point.  Tiger has more wins in bigger tournaments but Phil is one of only four golfers to win multiple titles so far this year and his recent brilliant performance at Muirfield has made his the popular choice going into the Bridgestone Invitational and the PGA Open coming up next week.

But Tiger and Phil are still way down on the money list for 2013.  The clear winner there is young Rory McIlroy, followed by Bubba Watson, Hunter Mahan, Jason Dufner and Matt Kucher… all of whom have racked up over $3,000,000 in earnings for 2013.

Here are the LVH SuperBook’s odds to win the WGC-Bridgestone Invitational.